The annual lakes weekend at Bark Hut was once again well attended by 16th. Almost all those who were eligible to attend the weekend did so, and as usual were joined by Scouts from Upper Nidderdale and Christ Church Darley, as well as Networkers

Saturday
We split into 4 groups for the days walks. Clive and Richard took the youngest group consisting mainly of first timers. They walked a lower level route which would help to introduce some of the younger Scouts to the type of walk normally undertaken on the Bark weekends

The other three groups all walked the same route up Helvellyn. The weather on Saturday was fantastic. There was barely a cloud is sky for most of the day, which meant the views throughout the day were quite spectacular, but in particular on reaching the top of Helvellyn

Sunday
Everyone was up early on Sunday, ready to set off at 7am. Our aim was to reach the top of Great Gable in time for the remembrance day service at 11am. However one of the groups didn’t start too well, taking a wrong turn quite early on. The 2 Scouts responsible for this shall remain nameless! The group recovered well though and quickly made up for lost time

The weather was trying to do it’s best to spoil the day, and by the time we reached the bottom of Great Gable it was apparent that we weren’t going to see more than a few metres ahead for the rest of the day. By now we were all starting to get quite we, and anyone who hadn’t already done so was putting on their waterproofs during a brief rest stop

The climb up Great Gable was quite challenging for several of the group, and some of the Scouts seemed to think it would be OK to leave behind some of their group. Fortunately the Leaders with their group saw what was happening

We reached the top in plenty of time and decided to have a rest under the emergency shelters until 11am came around. Following the brief service, the Networkers were all invested by Gillian, then we began the descent towards Windy Gap. However one f the group slipped and injured themselves, which meant they would have to be helped down via the shortest route. The rest continued their planned route back 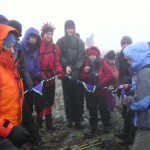 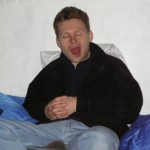 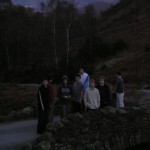 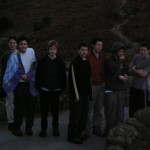 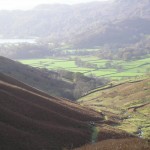 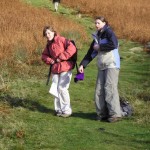 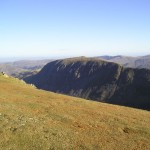 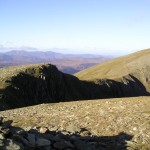 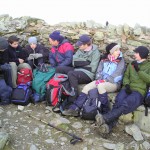 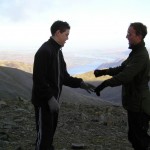 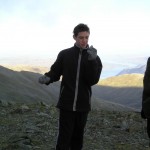 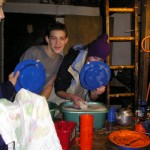 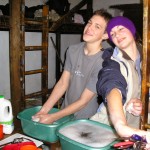